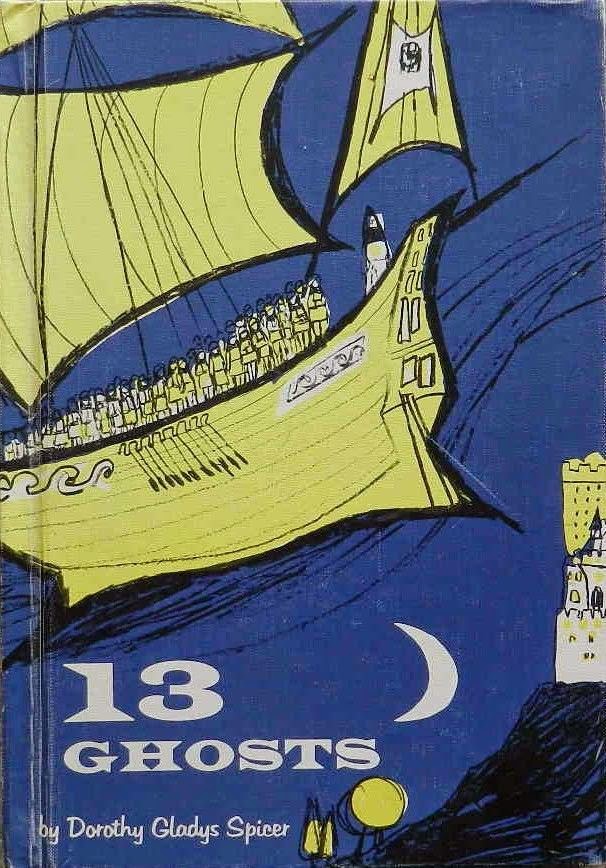 Submitted for your approval, one of my favorite kids' books: 13 Ghosts by Dorothy Gladys Spicer. I'd link to something on the Net about it, but I couldn't find a gosh darn thing. So it's entirely possible that this may become the top referral for future searches for 13 Ghosts and Ms. Spicer. This would make a nice Halloween post, I guess, but I'm an impatient sort so here's a brief look at the book, with some illustrations. As always, click on the thumbnails to see a bigger image...

Anyway, this was one of several books that really grabbed me hard when I was in grade school; in fact, my copy is from that very same school library. When they moved the grade schools at Horse Cave and neighboring Cave City together, creating Caverna Elementary School in a nice new building back in 1973, they decided not to take every book from the two libraries, leaving those that were beat up or in not-so-great condition. One of the teachers remembered that I was fond of this one and a couple others, and put them aside for me and now I get to share with you! 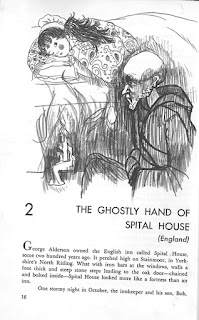 Published in 1965 by Coward-McCann of New York, Ghosts is essentially a collection of supernatural folk tales from several different countries, including the Netherlands, Ireland, England, Russia and Japan, and is illustrated by someone named Sofia, about who I could find nothing on the Net, either. I seem to recall that she(?) is from Bulgaria, but I can't even verify that. Her "about the artist" section inside the book just says "SOFIA, who has illustrated many fine books for children (Oh yeah? Name some!), adds excitement and shivery fun to 13 Ghosts". Anyway, I've helpfully provided some scans of her interior art. Her work here is all in charcoal or pencil, and she has a loosey-goosey style that conjures an effective mood, even if sometimes her figure drawings are a bit off. 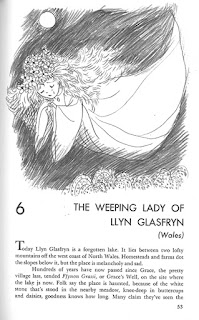 As you can probably gather from the title, there are 13 stories in this tome; what little info I could get about Spicer tells me that she apparently was a folklorist of some sort and published other collections like this with the "13" theme- 13 Goblins and the like. I've never had the pleasure of reading any of the others. The stories contained therein are "The Phantom Ship", kind of a Flying Dutchman tale from the Netherlands; "The Ghostly Hand of Spital House" (featuring a hand of glory), from England; "The Spider Specter of the Pool", from Japan; "Jack O'Leary's Plow", from Ireland; "The Hopping Lights of Devil's Hill", from the Netherlands, and one of my favorite stories about two ghosts that cause trouble in a small village; "The Weeping Lady of Llyn Glasfryn" a Welsh tale of a tragic young lady and a supernatural flood; "The Coffin That Moved Itself", again from Netherlands (lots of spooks over there, I guess); "Old Nanny's Ghost" (England); "The White Lady of Pumphul", about one of a number of ghostly apparitions- this one a weaving lady- that sometimes lead to treasure, again from Netherlands; "Vania and the Vampire", a corking good and somewhat creepy Vamp story from Russia; "The Black Bearded Brownies of Boneburg" (Netherlands, apparently the nexus of all supernatural activity); "Timothy and the Buggane Ghost", (Isle of Man), about a tailor and a monster in an old church- no idea what "buggane" is; and lastly "The Ghost Goblins' Gold", another Welsh tale about ghostly goblins. And gold. 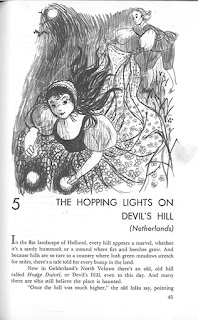 I was about 6 or 7 when I first started reading this book, and I was already interested in tales of ghosts and monsters- this added fuel to the fire. I remember drawing characters from these stories, and trying to come up with variations on them of my own. Of course, looking at them now as a theoretical adult, I can see that they're written in a simple fashion, but Spicer's language is evocative and they still grab the imagination. As far as I can tell, this collection has been out of print for many years; I saw one or two copies on sale at eBay and places like that. I'm glad that I was able to get a copy- it's nice to refer to from time to time.
Posted by Johnny Bacardi at 4/16/2005 12:51:00 PM