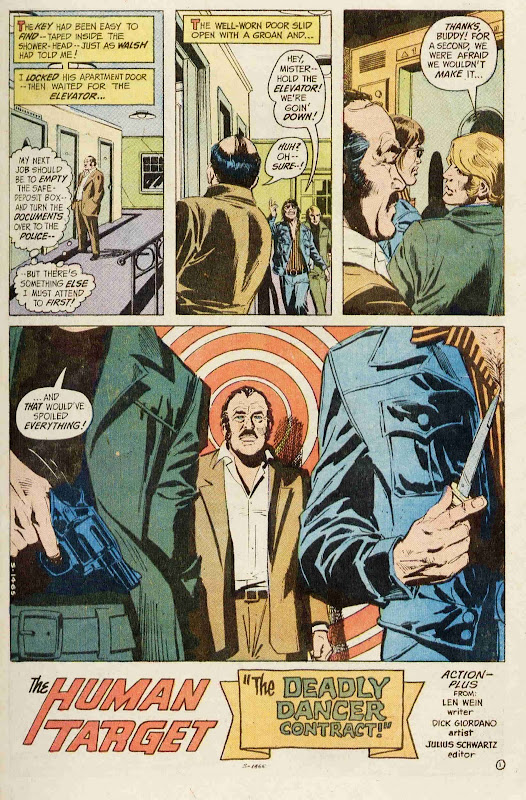 For those who may be unaware, the artist and editor Dick Giordano died yesterday. Giordano was one of the most important figures in comics in the 60's through the 80's, first at Charlton Comics and later at DC. For a quite thorough career overview, I'll refer you to Tom Spurgeon's typically eloquent bio/obit; Mark Evanier's is, as usual, well done too.

For me personally, it's hard for me to recall when I first became aware of his work...I just didn't buy or read very many Charltons in the 60's, so I figure it had to be in an issue of Batman or Detective, where he inked Neal Adams (I think Giordano was arguably Adams' most sympathetic delineator) or perhaps some of the Len Wein/Dick Dillin circa 1972-73 issues of Justice League which he inked over Dillin's pencils. Perhaps the first time I saw his full art was in the Human Target series he did with Wein, which appeared as a back feature in Action Comics at about this time. I couldn't care less about the Bates/Swan stodgy (but admittedly weird and all-over-the-place) Superman stories, but the Target feature was something I didn't see too much in comics in the day- a TV-style action thriller which played to Giordano's strengths- he was firmly in the late 50's-early 60's advertising art-inspired tradition rather that one which lent itself well to superheroics (although his inking work was fine on these endeavors). I've seen a lot of it over the years, but I'm not sure if he ever did better work on his own. I've posted a couple of pages from one such story, in Action #423. This is the art I think of when I think of Giordano. Oh, and as an editor, he was the man who gave Bob Fleming and Trevor Von Eeden the green light to do Thriller, so I owe him for that. He also was the one who had some pages of the original art that he had inked in that series (#'s 5 and 6), which enabled Von Eeden to help me acquire a page for my own collection. That's my absurdly tiny connection to the man. 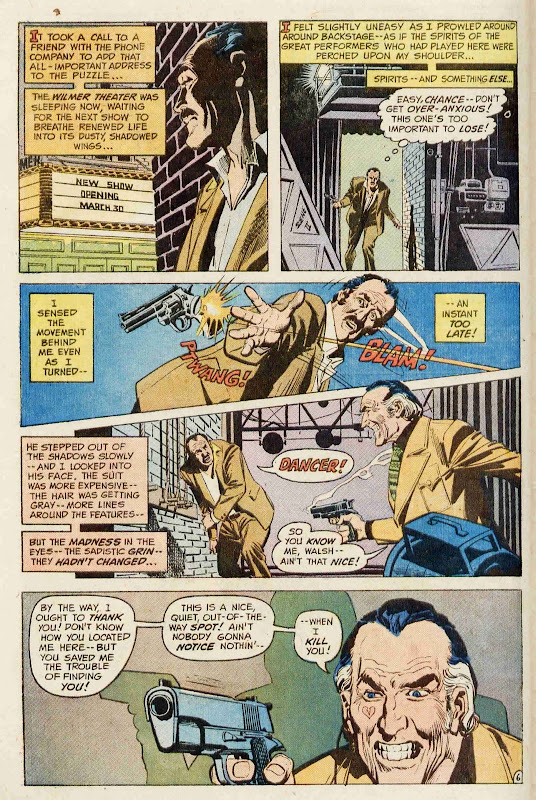