About time I posted something here, eh? Well, it's for a good occasion, I think. Yesterday would have been the 94th birthday of the Once and Future King of Comics, Jack Kirby. I posted some things yesterday on Twitter and my Tumblr, and I thought it would be appropriate to read some of what I consider Kirby's best comics, his run on Fantastic Four. I found some scans (what- give Marvel some money? For KIRBY comics? What money are they giving his family?) and decided to spend some time yesterday afternoon rereading some of his early-mid 60's efforts, just when he and Stan Lee were coming into their own on the title, and including one of my all-time favorite comics, FF #35.

While it's pretty easy to pick holes in a lot of these stories, one thing is undeniable- the dynamism and imagination Kirby brought to the pages...from the gnarliest alien being to prosaic street scenes, he drew them with flair and commitment. Sometimes he wasn't served very well by the inkers they paired him with; Dick Ayers was good, and I rather like Chic Stone, who doesn't ignore Kirby's detailed backgrounds. George Bell neé Roussos, not so much- his crude line and blocky shapes didn't do Jack's pencils any favors.

I thought it might be fun, and take up a lot of space because I know my infrequent visitors are probably tired of looking at that Gene Colan remembrance, to post a page, chosen at random, some which brought back memories, from each of the comics I read yesterday afternoon. I'm inspired, of course, by Tom Spurgeon's wonderful tribute post, as well as the amazing stuff Bully puts up on a consistent basis.

Roussos inks many of the following pages; Ayers does the first few, and Stone ends the run. I hope you can dig these, and I hope they help get across some of what makes Kirby's art so special. 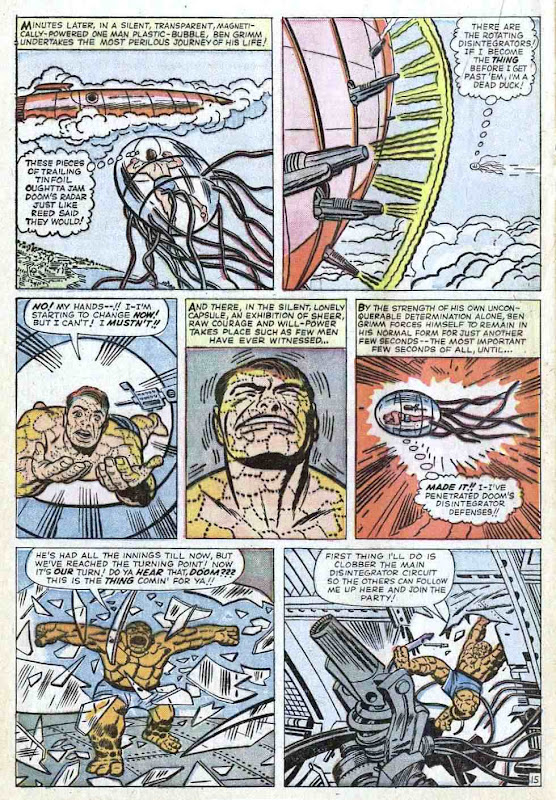 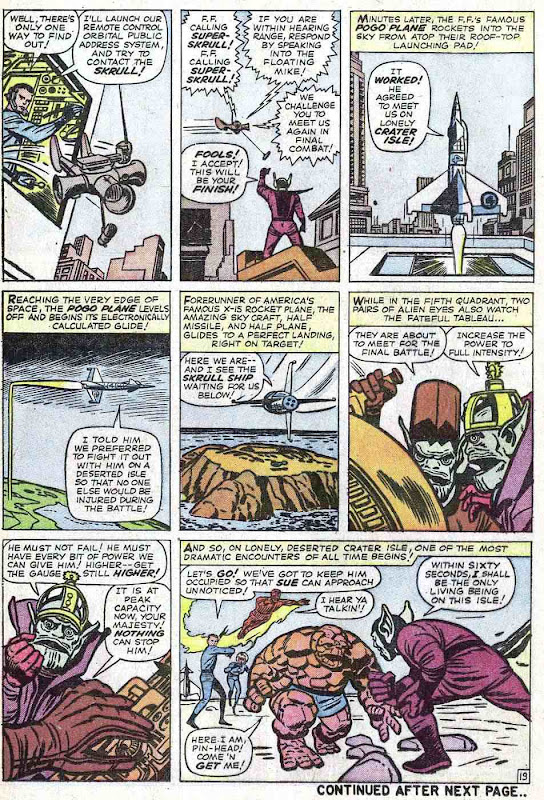 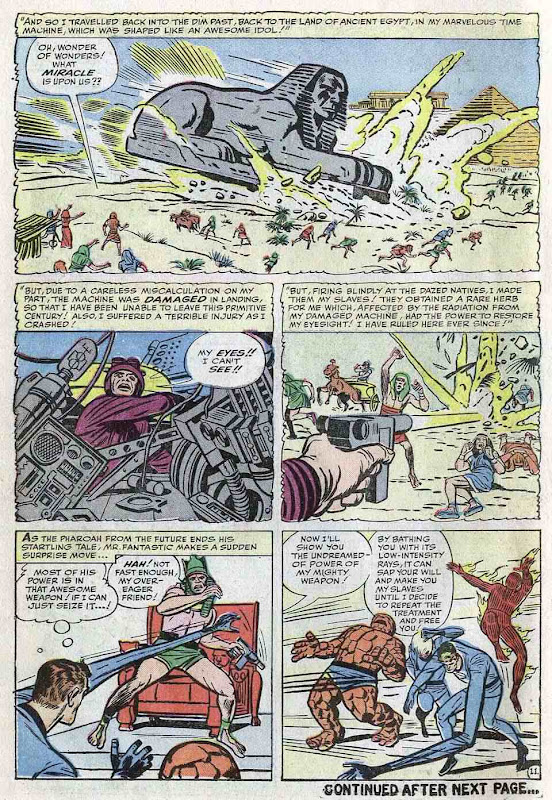 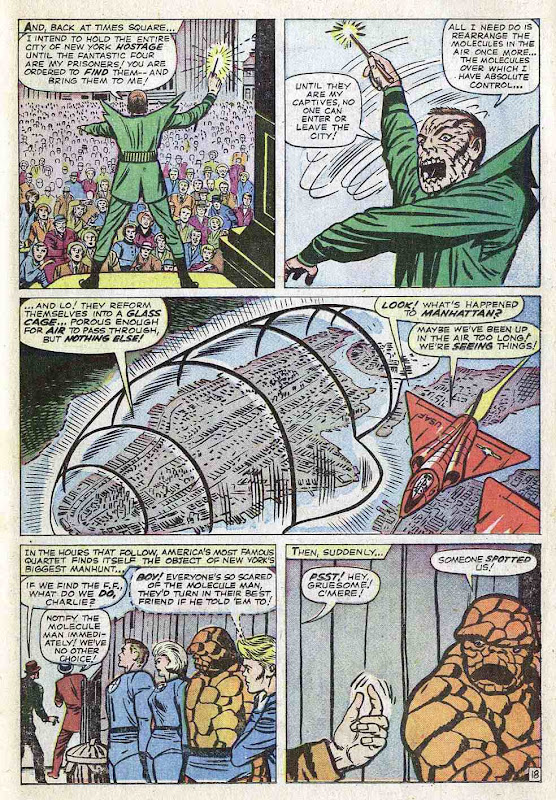 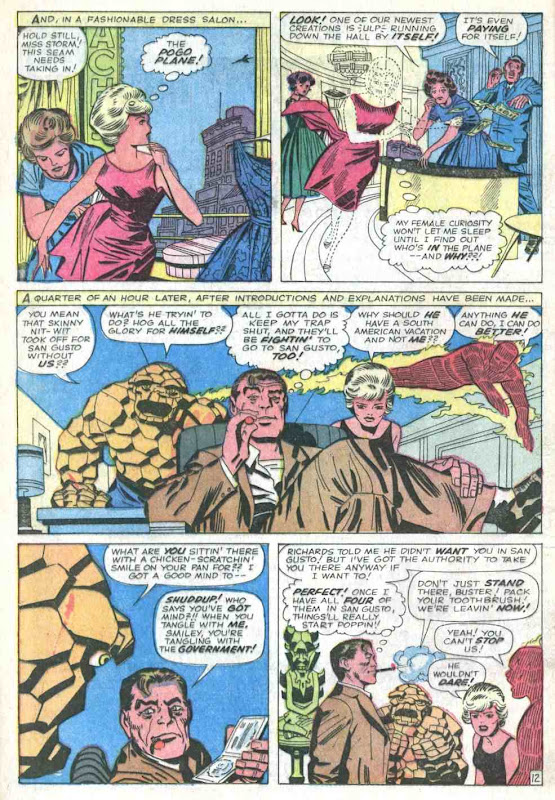 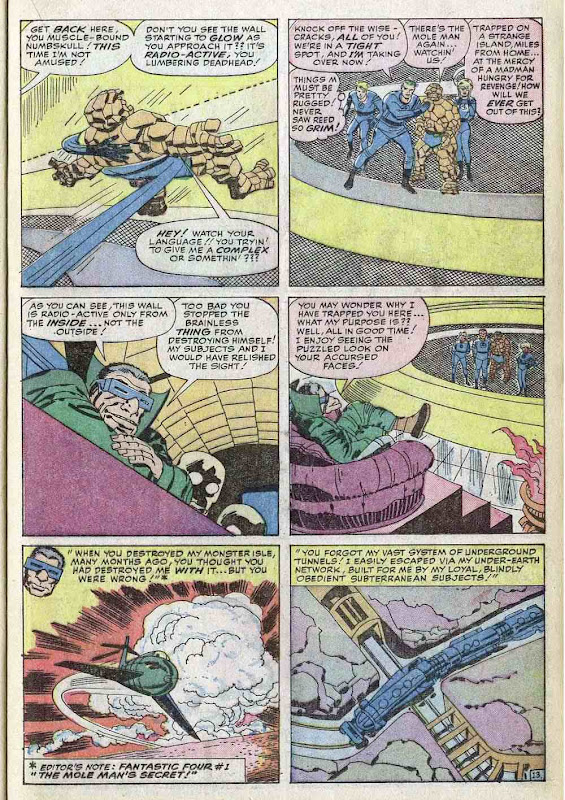 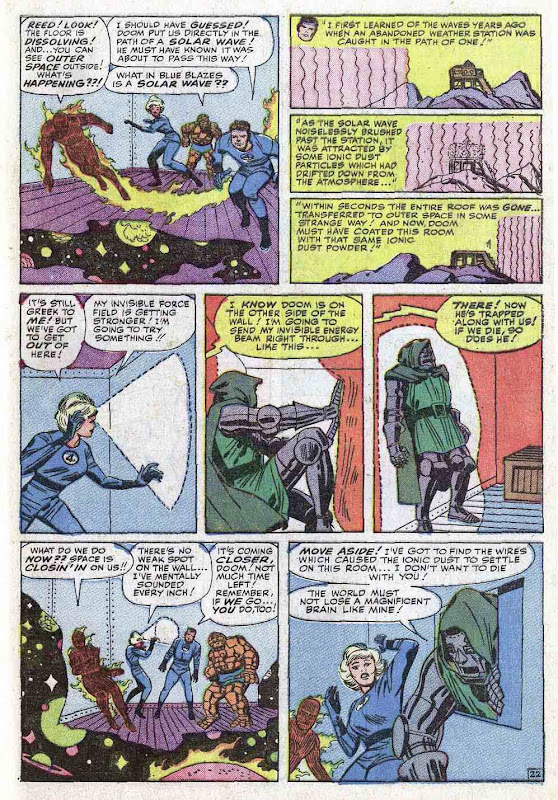 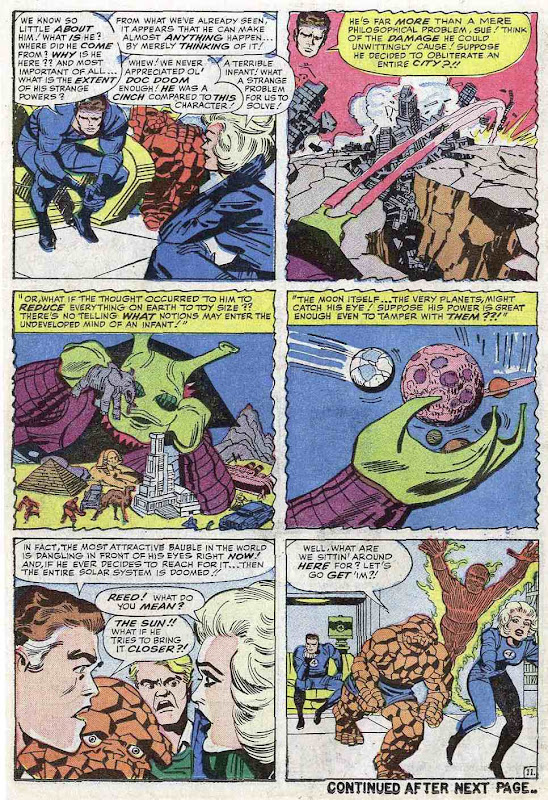 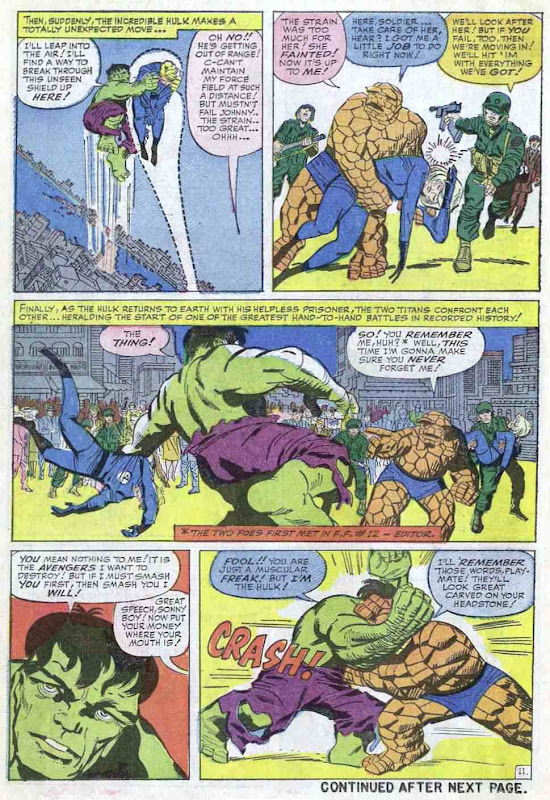 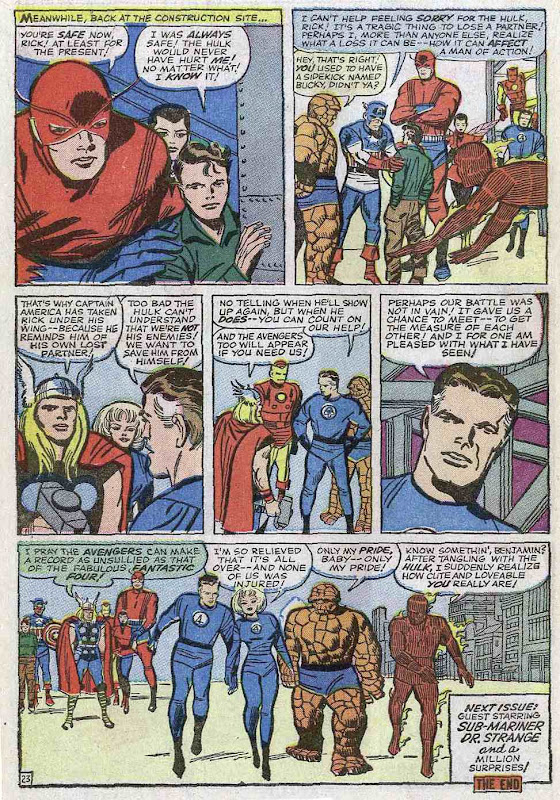 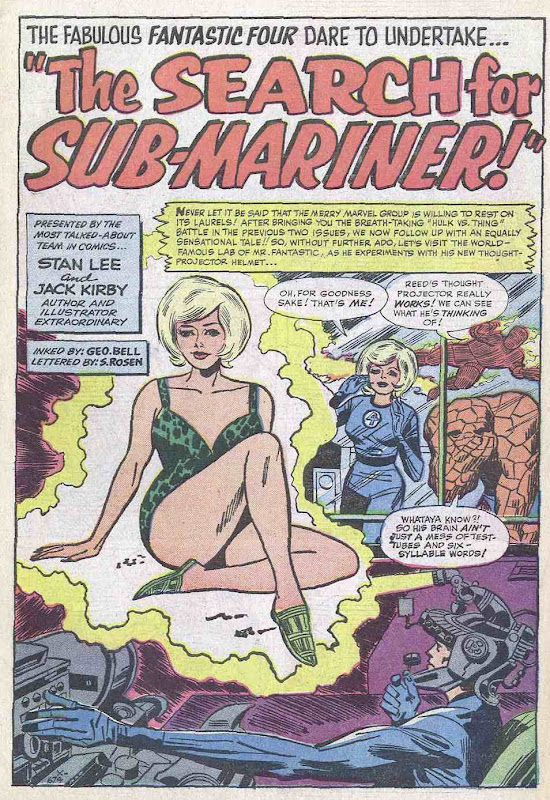 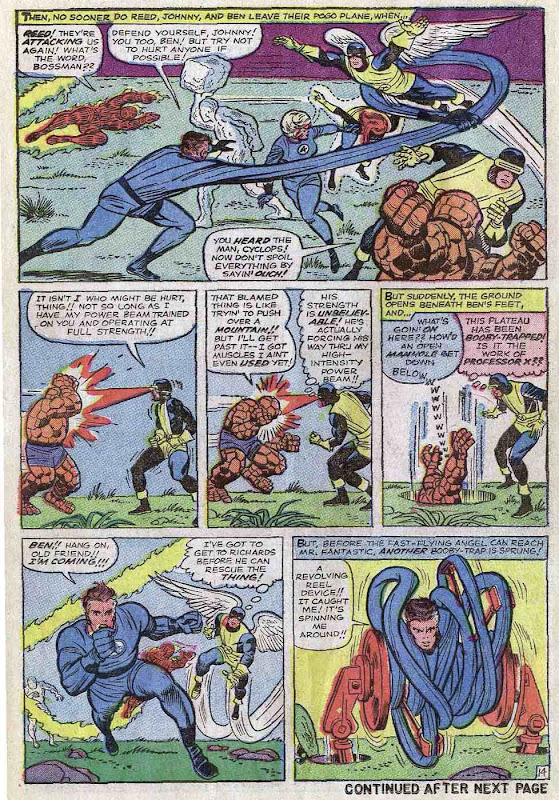 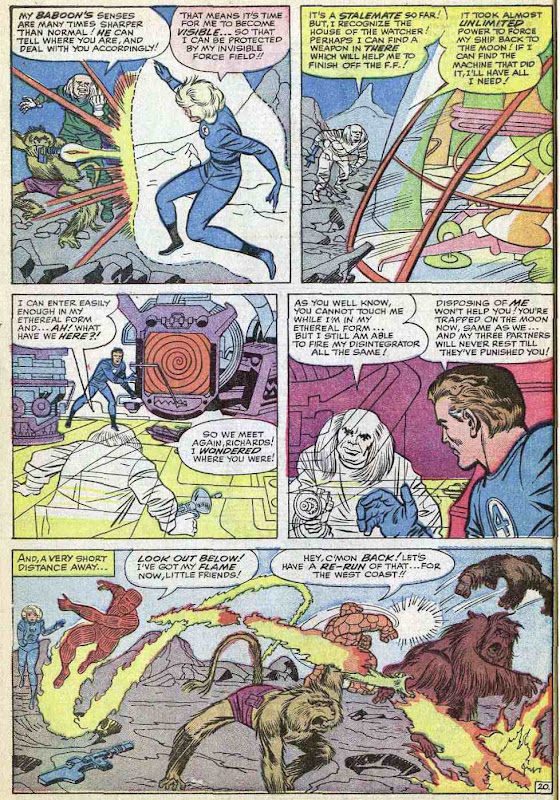 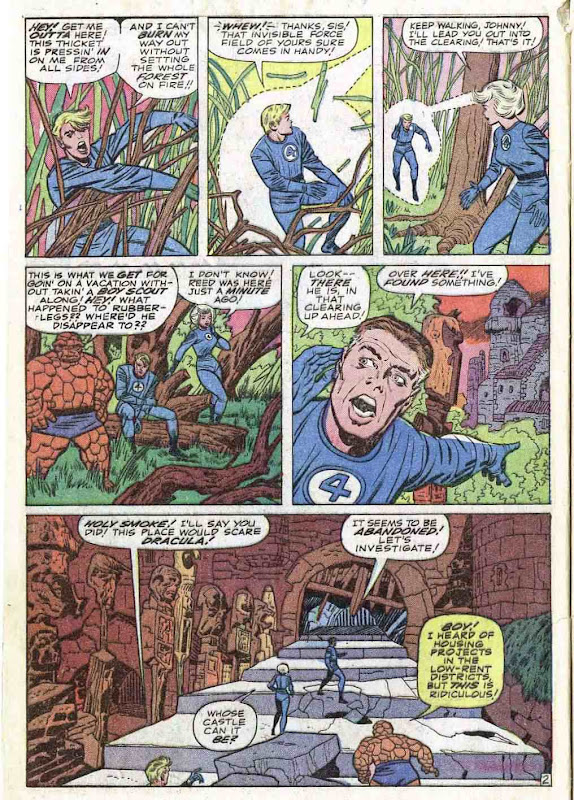 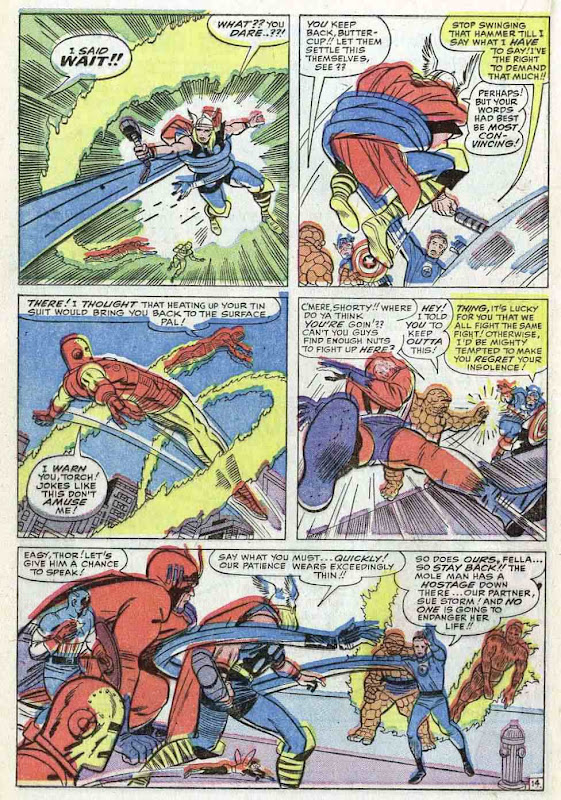 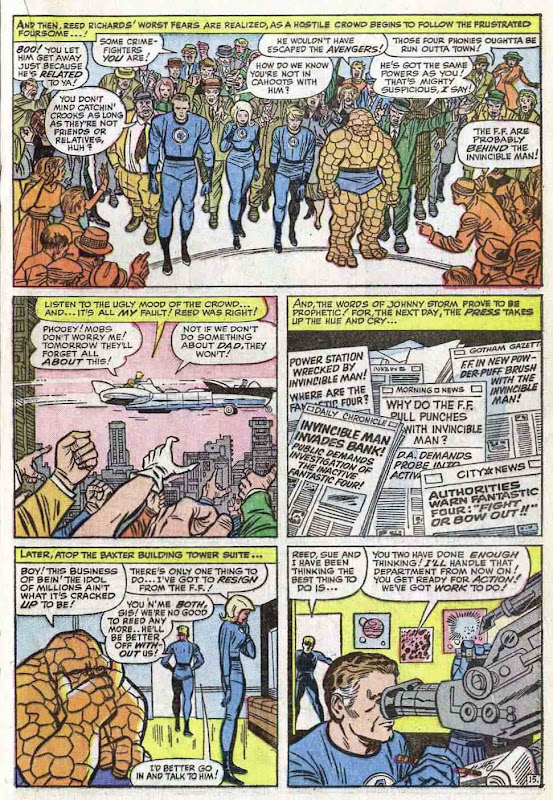 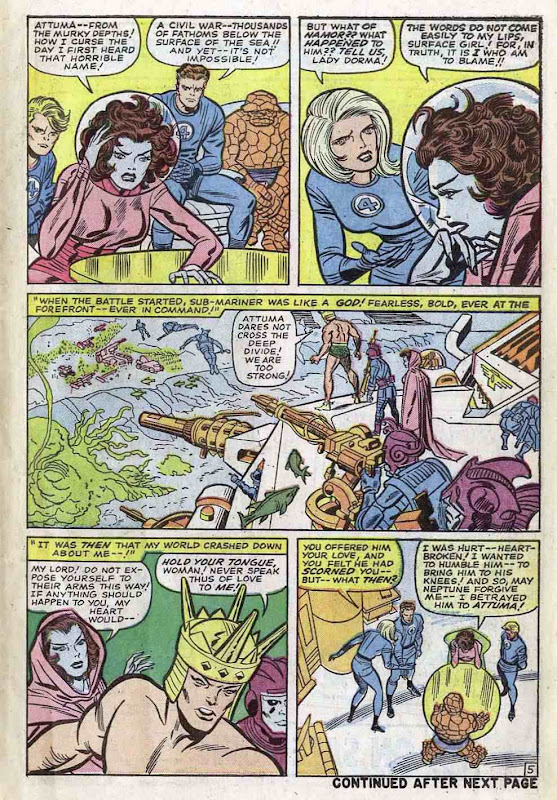 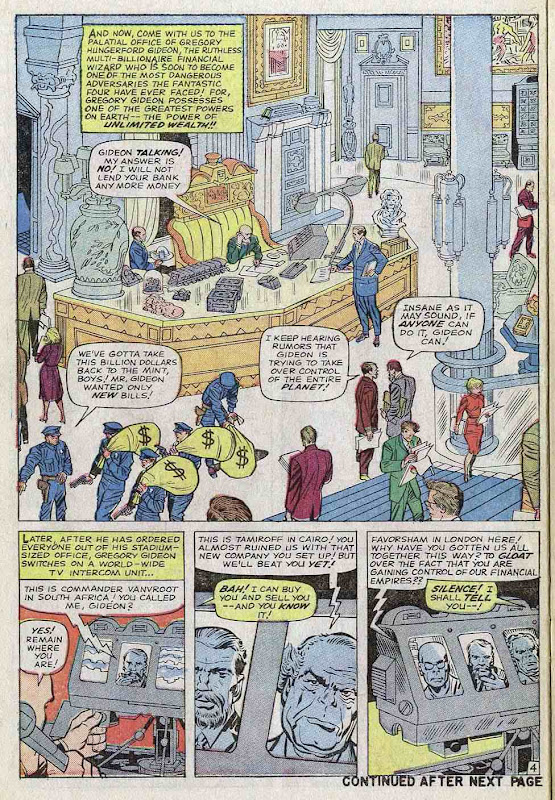 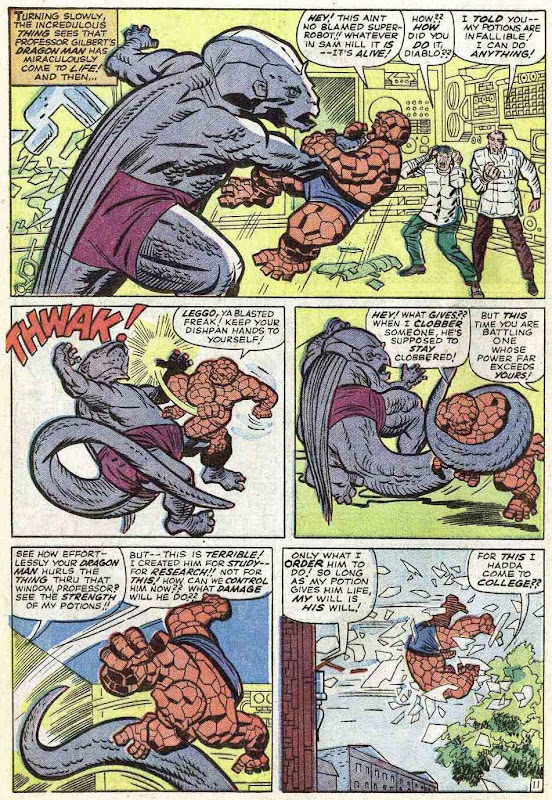 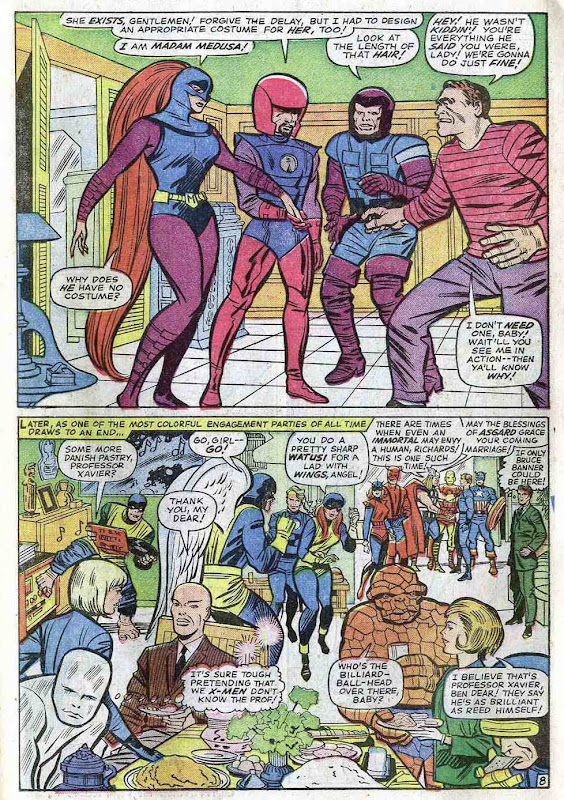 You may notice that I picked out several pages with Giant-Man in them. This is not coincidental; 5-year-old me insisted. Thanks for checking out my FF gallery, and of course, Hail to the King.
Posted by Johnny Bacardi at 8/29/2011 09:25:00 PM No comments: