It's like someone wrote a comic just for me. 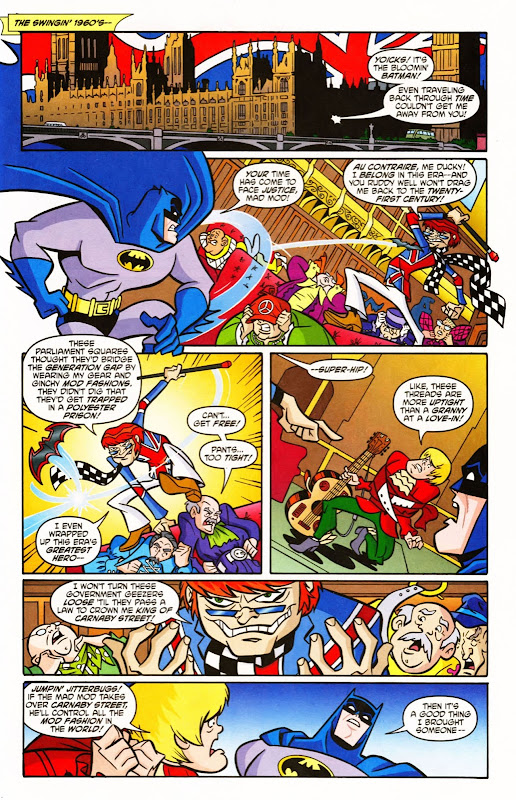 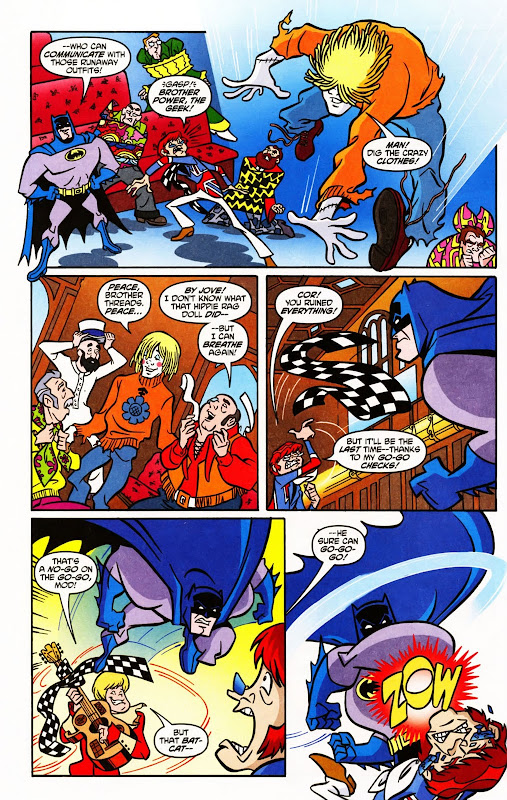 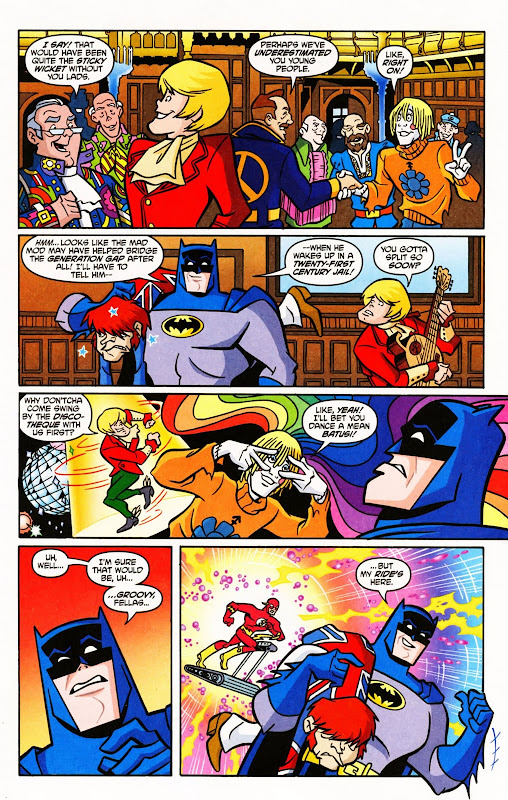 The esteemed Bill Doughty of Trusty Plinko Stick renown left me a message on Facebook the other day, asking me if I knew about the above, and since I am not a regular reader of the newish Batman: The Brave and the Bold Johnny DC book, I did not. But when I found out the news, I had to check it out...and OH. MY. GOD. Not only do we have the first appearance (of which I'm aware anyway) of Johnny Bacardi Show Official Mascot Super-Hip! (always gotta have that exclamation point, you know) since the Elasti-Girl/Mento wedding in Doom Patrol #104, but we also get Mad Mod (whom I've devoted a post or two to in the past...Google it) and Brother Power the Geek, another longtime favorite character of mine! And all three (especially Brother Power) are handled very nicely- Moddie is done in Teen Titans style, unsurprisingly, and Super-Hip! could have stepped straight out of the pages of Adventures of Bob Hope. I do think, after further reflection, that he could have used his shapeshifting powers to get out of that jam...but I also think I'm way too geeky about it, and at least he got to save Batman's butt on the second page. From Go-Go Checks, no less...heh heh. It's just a good thing he didn't change back into Tad Jutefruice.

Many thanks to Bill, and writer Sholly Fisch as well as artists Robert Pope and Scott McRae. Well done, fellas.