Assuming DHL does their part, here's my bi-weekly haul:


And that's it! Really, the only one I'm looking forward to much at all is the new Hawaiian Dick miniseries- Clay Moore and Scott (Northwest Passage) Chantler, two great tastes that should taste great together. Or something like that.

Anyways, I'd say I'm going to review them here, but I probably won't. I am considering doing a big monster head-crushing year-end review spectacular edition of Confessions of a Spinner Rack Junkie, in which I just lump a whole buncha books together with a general statement about if I liked 'em or not, then a day or so later put up a best of 2007. Then maybe get back into the review saddle in full force in 2008. Maybe.

Anyway, that's my haul. Actually, I haven't completely finished my shipment of two weeks ago, especially if you consider the overwrought League of Extraordinary Gentlemen: The Black Dossier with its endless text pieces and diversions. For what it's worth, I have read the main story and certain passages of the rest. I don't think I'll ever read it cover to cover; that imitation Kerouac/Ginsburg section is frightening. If I was going to review it anytime soon, I'd say that Moore has finally completed the journey straight up his own ass that he began when he took the wheel of Promethea, made a hard left, and drove it straight through the Obfuscated Metaphysical Desert. But I'm not.
Posted by Johnny Bacardi at 11/30/2007 09:39:00 AM No comments:

Email ThisBlogThis!Share to TwitterShare to FacebookShare to Pinterest
Labels: comics stuff, crossposted from the LJ 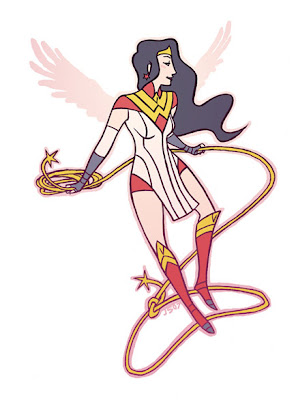 My favorite in the big Wonder Woman redesign contest that the Project: Rooftop guys held recently, by Jemma Salume. It just looks more practical for fighting evil and stuff. It's not necessarily my favorite illustration; that would be this one: 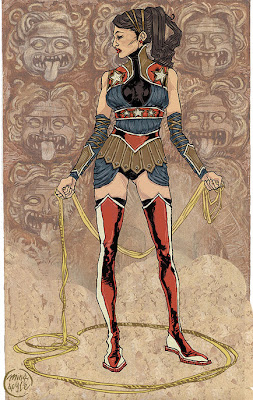 By Ming Doyle, whose work I've been following via her blog for a little while now. She's güd, as We3 wüd say.

The winning submission is a lively design, but the big shoulder pad looking thingies seem like they'd be hell of uncomfortable and annoying. 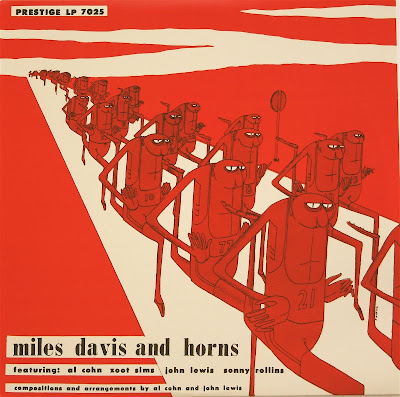 From the LP Cover Lover blog- a Miles Davis album cover with art by the great Don Martin! There's another right here!
Posted by Johnny Bacardi at 11/28/2007 09:25:00 AM No comments:

Hey! This blogging stuff is contagious!

Anyway, I wanted to share this image, which was set to be the cover to Dark Horse's Starstruck: The Expanded Universe #5- which of course never saw print. It is of course by Mike Kaluta, who graciously sent it to me when I couldn't see it at the Kaluta Yahoo! Group, which you should all belong to.

He also stated in a post to the community (which he often does) that he and Elaine Lee are still interested in bringing Starstruck to a satisfactory conclusion someday, but haven't been able to find a publisher that would agree to publish/republish it the way they want it (i.e., in color).
Posted by Johnny Bacardi at 11/26/2007 07:10:00 PM No comments: 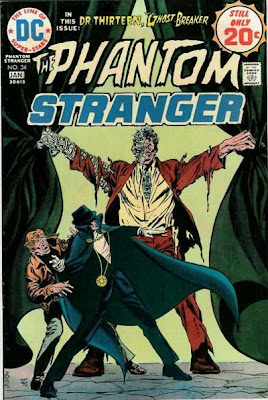 Looking at DC's solicitations for March, I noticed, much to my surprise, that SHOWCASE PRESENTS: PHANTOM STRANGER VOL. 2 was among the solicited. Having enjoyed the first one, especially the stories early in the run that I hadn't owned and read, I am happy to see it.

This one will start off with a bang- issues 22-24, by Len Wein (still PS' best writer) and Jim Aparo, are the concluding chapters of their Dark Circle saga, and are probably the Stranger's finest published hour. #25 is by Wein and Aparo too, but is just a mystery story that smacks of inventory, and marks their final issue. #26, which you might recall from my Spawn of Frankenstein post series, (Imageshack seems to have lost a couple of the scans, which annoys me no end) was the big grande finale for that era. After that, a whole new writer and artist came on board- the late Arnold Drake and unknown Filipino Gerry Talaoc, and that ushered in a long period in which for all practical purposes the Stranger became another Cain & Abel-style horror host, introducing, and even once in a while participating in a passive fashion in, stories which pretty much seemed to be recycled House of Mystery/Secrets fare. It was during this period that I first discovered the character and the book, at a drugstore in nearby Cave City. I still vaguely recall the day- I was scanning the racks, looking for something different, and noticed the cover to #31; why this caught my eye I can't say, especially when I had failed to notice other issues of the Stranger in the past. Regardless, I bought it, read it, and liked it enough to get #32 (the contents of which I don't remember to this day) and more importantly I got interested in the pre-#31 run, which was not easy to find in those pre-comics shop and internet days, believe you me. By #33, fan reaction to the new Rod Serling Stranger was pretty much uniformly hostile- if the letters pages were any indication- so they gradually began to make PS more of an active participant in the stories, even having guest stars such as Deadman pop up. Eventually, David Michelinie and a young turk named Paul Levitz ended up writing the book, even attempting to create an ongoing continuity of sorts with a recurring villain, something which the book hadn't had since Tannarak and Tala- before it finally got canned with issue #41. It was the first time in a few years that I had had a comic that I regularly bought and liked get cancelled, the previous instance being the Adams/Thomas X-Men in the late 60's. Kinda messed with me at the time, but I soon grew to get used to it.

Besides, PS kept popping up in titles like Justice League; this volume also features the Stranger's not-bad first appearance in issue #103- I was buying Justice League at the time and it was written by Len Wein, so it was triply cool. Also included are two Brave and the Bold appearances, only one of which (#98) I've read, and a late 70's House of Secrets, which seemed to be a testing-of-the-waters for a PS comeback, but apparently it didn't impress. While the art was by Gerry Talaoc, the script was by Gerry Conway, who was utterly mediocre on his previous stint on the character. I used to have this one, but don't anymore and couldn't tell you what it was about to save my life.

So, anyway, SHOWCASE PRESENTS: PHANTOM STRANGER VOL. 2. Supposedly coming out in March. I'm geeked for it. 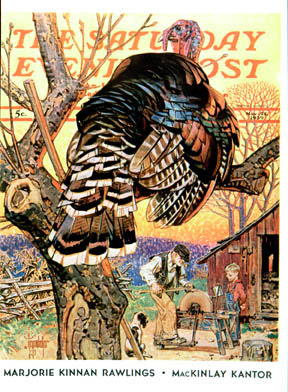 Email ThisBlogThis!Share to TwitterShare to FacebookShare to Pinterest
Labels: holidays

I'm not quite ready to resume operations here yet, but I was bored with the way it looked so I decided it was time to make a change, as I mentioned I might in my "goodbye post" below.

I'll probably replace the links before too long. I'm also thinking I'll put up a "Best of 2007" in comics list sometime before the end of the year. After that? Who knows.