In the interest of maintaining a semi-regular posting schedule, here are a couple of noteworthy deaths, crossposted from the LJ I know few of you read: 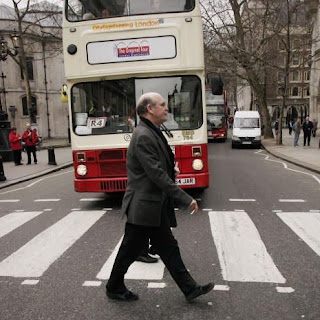 Sad to hear, the other day, about the passing of Neil Aspinall. Aspinall was one of those "behind-the-scenes" people who were instrumental in the success of the Beatles; he started out as a roadie, helping them haul equipment and driving them to this gig and that gig, and ended up serving as the head of what the Fabs' Apple became until about a year ago. Aspinall ended up with the keys to the kingdom, and better believe he knew where all the bodies were buried. Yet, unlike about 95% of the friends, families, co-workers and hangers-on of the Four Lads (for better or worse) he resisted the urge to write a tell-all memoir, taking what he knew to the great beyond with him.

Boy, it's been a tough decade for the Beatles (relatively speaking), hasn't it? RIP Richard Widmark, who has passed on at age 91.

To be honest, I never really was as big a fan of his as I was a lot of Hollywood actors from that era. In fact, I probably knew him best for a long time as the fella mentioned in that Alex Harvey song. I always kinda regarded him as a "that guy" kind of actor in films like The Alamo and How the West Was Won, until a few years ago when I caught his memorable portrayal of nutjob killer Tommy Udo in Kiss of Death, then not long after in Judgment at Nuremberg- two outstanding, and very different, films. He was old-school character-actor Hollywood at its best. His kind of performer is disappearing fast.

Email ThisBlogThis!Share to TwitterShare to FacebookShare to Pinterest
Labels: crossposted from the LJ, obits