State of my Union 2. 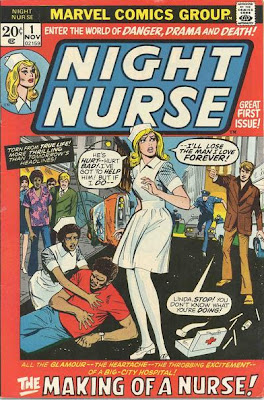 Hello, it's been a while, I know. I just really haven't been feeling up to it, sorry. For pretty much the last two weeks, I've been fighting Bronchitis and the Flu, stuffed-up head, hacking cough, fever, you name it...not to be confused with the Tu-ber-cu-lu-cus and the Sinus Blues- or for that matter with the Rockin' Pneumonia and the Boogie Woogie Flu. In fact, everyone in my house- me, Mrs. B., daughter Abby and baby Clara all had it to some degree, a real sick house we were. After trying to combat it with aspirin and Robitussin (sorry, Chris Rock's dad, didn't work all that well) the first week, and missing two days' work, I eventually went to the doctor on Saturday and got some antibiotics, which weren't strong enough...and after a sleepless Sunday night and an insane attempt to go back to work on Monday (my co-worker got laid off, y'see, and now I'm having to do the work of two people for the same pay) to keep from getting behind any more than I already was, I eventually had to break down and drag my haggard ass back to the Doc for another try. This time I got a very strong steroid shot, some stout cough medicine, and some stronger antibiotics, and after sleeping pretty much all Monday night and Tuesday, I felt much better, and went back to work today, more behinder than ever. Anyway, none of this is conducive to doing any serious blogging, and so this site has lain fallow for many a day. About all I could muster up the enthusiasm for was Twittering and posting stuff on Tumblr. But I'm here to tell you now that I fully intend to at least get the reviews of comics I read as far back as two weeks ago, which I've had in draft status for a while now, and some other stuff too while I'm at it.

And no, I haven't been to the movies either, so I have not seen either Coraline (remarkably still playing at my local theatre) or Watchmen. I did watch a film or two on TV, when I could concentrate on it that is, including the elegant, moving HBO film Taking Chance with Kevin Bacon, highly recommended, and Elvis' Blue Hawaii on TCM as well as Fort Apache with John Wayne and the insanely nuts Willie Dynamite with Gordon from Sesame Street as a ruthless pimp. Blaxploitation at its finest! I also screened a documentary about the making of John Lennon's Plastic Ono Band LP, which was quite well done, interesting and informative, and featured lots of screen time for the great Klaus Voorman, who even demonstrates how he played the bass part to "Hold On John" by playing along with the master tapes. I also watched the Dead Like Me direct-to-DVD sequel, mostly unsucessful at capturing what made the short-lived Showtime series so special, which is not to say that it didn't have its moments but was a bittersweet pleasure at best with some headscratching glitches in the storyline. Domo arigato to Johanna Draper Carlson for sending me the screener. Anyway, since 2009 has rolled around, I have been keeping a movie watching diary of sorts, thinking perhaps I'll draw from it to blog about movies a bit more here. You know, like I useta.

Been watching a little network TV, too- I got acquainted with Whedon's Dollhouse while I was laid up; it's not perfect, there are plot holes, and I'm not sure that Eliza Dushku has the acting chops for the demands of the role...but the concept is interesting if a little far-fetched, and they move things along at a smart clip, so it's quite watchable I think. For now. I tried to get interested in Leverage on TNT, and I might still try to go back and get caught up, but I kinda stopped looking for it after a couple of episodes. The new CN show Batman: The Brave and the Bold jumps all over the line of awfully-silly-to-awfully-cool, but overall it's a blast and I think Bob Haney would have loved it. CN's Adult Swim show Superjail is really something, too- sadistic violence and nihilism, all wrapped up in faux-60's animated styings, as if the Blue Meanies in Yellow Submarine were really mean. Clever stuff, if you don't mind the cartoonish gore.

Anyways, been doing a lot of thinking about my "blogging career" in general. No, I'm not gonna quit, don't get your hopes up, but it sure does seem more and more difficult to get the time and the desire to hold forth about this and that as time goes by. Burnout? I don't know. I still like to write occasionally about this and that, but don't really have the fire in the belly to write about music on a consistent basis, hence the fallow music blog, and even comics commentary, such as I provide mostly via reviews, sometimes is a chore- happy to have them done when I get them done, but boy does my tendency towards procrastination rear its ugly head. Oh well, worry not. I haven't been an everyday blogger for a long time now, and all I can do is hope that you can find it in each and every one of your hearts to merely add me to your RSS feed reader or whatever and that way when I do post something, there it will be for you to read. Or ignore.

Thanks for the well-wishes I've had lately, here and on Twitter and Facebook and hither and thither, and as always, keep watching the skies, I'll be posting soon.
Posted by Johnny Bacardi at 3/12/2009 07:54:00 PM

Email ThisBlogThis!Share to TwitterShare to FacebookShare to Pinterest
Labels: me myself and I