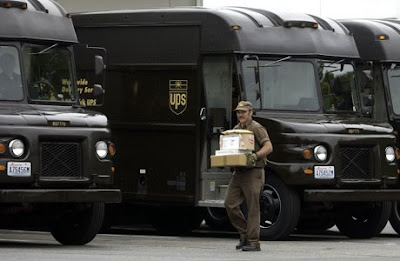 I'm working on a Confessions, I swear, just not very fast. But while you breathlessly await my opinions on comics you forgot about two weeks ago, I will appraise you of my NEXT shipment of comics, due on Friday!

COURTNEY CRUMRIN VOL 04: MONSTROUS HOLIDAY- As far as I'm concerned, Naifeh's been golden on Courtney. Hopefully this won't be the one that breaks the string.

TOP 10 SPECIAL #1- I'm a little unsure what to make of this; is it supposed to continue #4, which closed with several unresolved storylines? Or will it be a completely unrelated story or series of same? I ask because I've seen no solicitation for #5 yet, and I really hope they finish this series before the decade is over...

DAREDEVIL #117- I don't think they could have chosen a better writer than Diggle for this book after Brubaker's done depressing us all; I base this on the evidence of his Green Arrow: Year One mini, which was a pretty good little James Bond-flavored superhero tale, without any overt superheroics.

MADAME XANADU #9- Five will get you ten that Madame X will end up pissed off, and the Phantom Stranger will be a dick.

I also fully intend to check out PDFs of

THE INCREDIBLES #1- I sure as hell wouldn't buy five copies, but that panoramic Oeming cover is suhweet.

THE MUPPET SHOW #1- The preview I saw today shows that Roger Landgridge is a very skilled cartoonist; he brings a deft line and a nicely humorous feel to his depiction of the cast. The script, though, remains true to the spirit of the TV show, which I watched a lot as a teen; that said, I didn't always find the antics of the Muppets all that funny. For every joke that made me laugh out loud, there were four that just made me smile. Same for the feature films, although I like some more than others. Heriticism, I know.

POTTER'S FIELD #1- this came out last week, I know. It's Paul Azaceta on art, which will always get a look from me.

Finally, a trip to the comics shop (or an email to Ralph's Comics Corner) will be in order to get

YELENA BELOVA AND THE THUNDERBOLTS #130- OK, I know, but as far as I'm concerned it is.

IMMORTAL IRON FIST #24- glad to read that the cancellation rumors were just that; I myself think it's gotten better since Swierczynski's tentative first arc, and deserves the chance to find an audience.

GUARDIANS OF THE GALAXY #12- I'll be reviewing the last issue if I can ever get my post done.