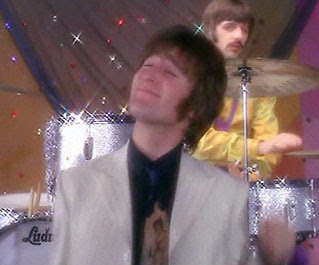 As you may or may not be aware, today would have been the 65th birthday of JOHN Winston O'Boogie Ono LENNON.

And, in keeping with the Beatle birthday tradition I started this year, here's a list of my 25 favorite solo Lennon songs. I'd do Beatle songs, but that would make the list at least twice as long!