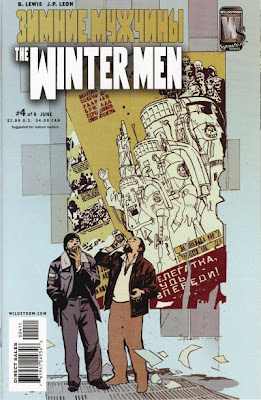 Here in the waning hours of May 1st aka "May Day", I was finally getting around to getting through my Google Reader blog entries when I noticed that a great many fine people have been posting one of two things to commemorate the day- either classic art that stems from a more European tradition, or a series of comics covers that ties in with the more Soviet-style "International Workers Day" slant. In fact, I ran across another site besides Bully's that did the same thing, but I didn't bookmark it and I forgot where it was. Apologies, unremembered bloggish compatriot.

To be honest, I have never really heard of "May Day" actually being an real live holiday-type date; I was not aware of an "International Workers Day". That bears out what I've always asserted- I've led a sheltered life here in my 48 years on planet Earth, all of which spent dwelling in the secluded little cultural wasteland of rural Kentucky. Oh well, c'est la and all that.

Anyway, the upshot is, and the reason I'm posting as well, is that all these Russian-themed cover posts did cause one of the sluggish synapses in my widdle brain to fire up and issue forth a wonderment, as well as an observation: none of the commemorators on this fine day included a cover from one of the most thoroughly Russian comics series ever: THE WINTER MEN, an example of which is shown above. Which is also begging the question: WHAT THE HELL IS GOING ON WITH THIS TROUBLED, ERRATICALLY PUBLISHED, AND AS-YET UNFINISHED SERIES? The most recent issue to date, #5, came out in NOVEMBER of 2006! Writer Brett Lewis, who has no Web presence that I can ascertain save his MySpace page, has been steadfastly quiet on the topic. Artist John Paul Leon, when interviewed sometime in early 2007, discussed it a bit and sounded like he was still working on it. So what's the dilly-o, the scoop, the four one one, the straight dope? Is this thing just sitting on a shelf somewhere while many other less deserving titles clog up comics shop shelves from sea to shining sea? Have Lewis and Leon simply up and ceased to work on it, leaving it in an Mary Celeste-like deserted state? I mean bozhe moi, even the final issue of The Atheist eventually came out!