As promised, here's the last of the posts bringing you some neat stuff I found in the pages of Castle of Frankenstein #12, which amped up the comics coverage in what had been a mostly film-oriented publication. Below is a longish 1967 interview with Stan Lee, in what proved to be the waning days of what we think of now as the classic Marvel period, with Lee scripting and Kirby/Ditko/Heck etc . on art. It's amusing how often Stan keeps getting interrupted by phone calls or Sol Brodsky. A lot of space is spent discussing the semi-animated Marvel Super-Heroes TV series, which had been airing in the year previous. Click to embiggen, hopefully big enough to read on your monitor: 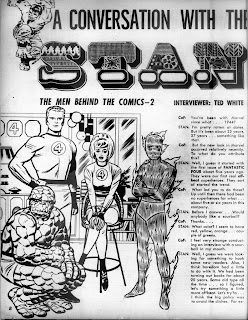 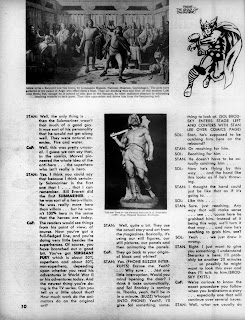 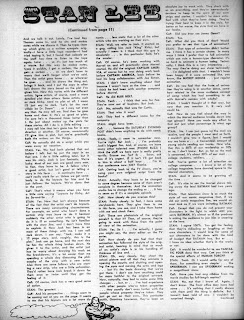 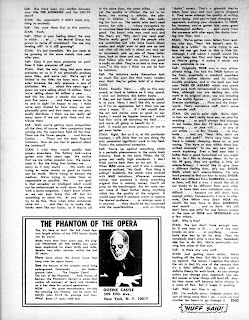